How to Differentiate Female Pumpkin Flowers From Males

How to Differentiate Female Pumpkin Flowers From Males

Your pumpkin plant will begin to produce flowers. First to arrive, are the male flowers.

Male flowers appear in large numbers, a week or two before the first female comes upon the scene. New growers often worry that there is something wrong with the plant, as no females have appeared. This worry is heightened when talking with experienced growers who will be a week or two ahead of novice growers, and boast of pumpkins already growing on the vine. 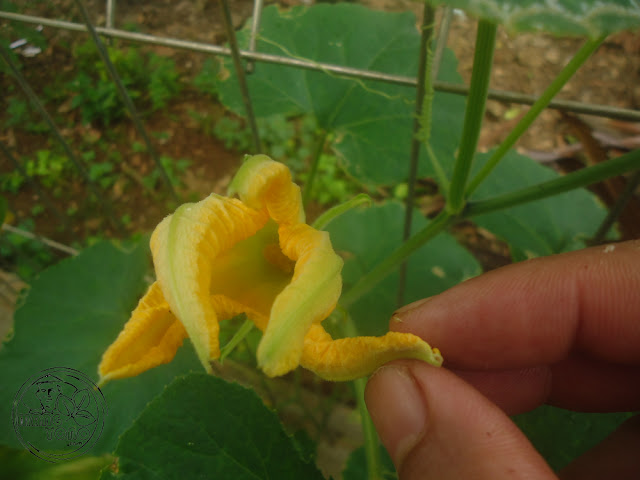 Male Flowers are on an erect stem that is fairly thin, and shoots up several inches above the vine. The center stamen contains the pollen. Do not pick and use it, until the pollen is mature.  Pollen is mature, if it readily comes off the stamen and onto your finger. There are usually several male flowers for every female flower. There should be a mature male or two ready to pollinate whenever a female matures. 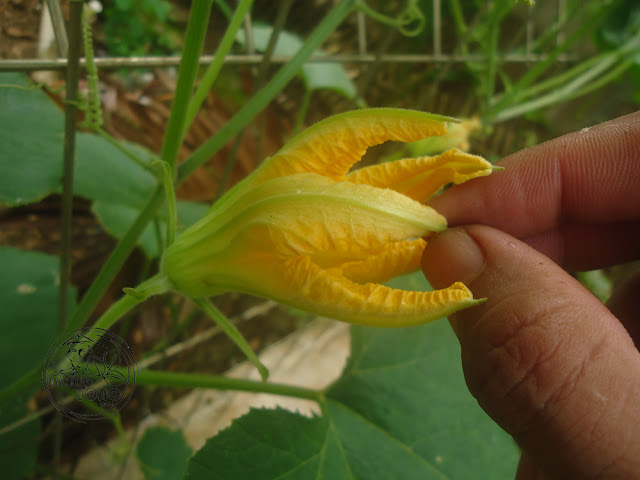 Female flowers are easily identified. A tiny baby pumpkin fruit is located between the stem and the flower. The female flower will be close to the vine and the stem will only be a couple of inches long, at most. In the center of the pumpkin flower, is a multi segmented stigma. This stigma must be pollinated in order for the fruit to develop. The first picture (above) is an immature female (closed flower). The second picture above, shows a mature female with her flower open, and ready to be pollinated. 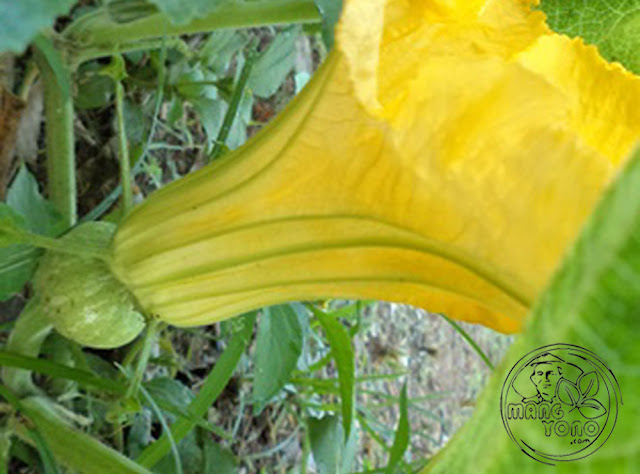